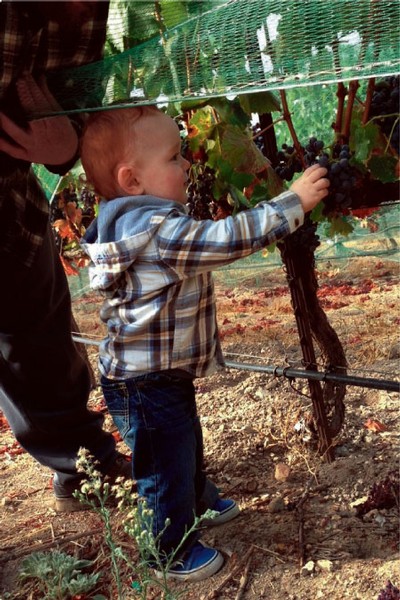 My boy recently had his tenth birthday - double digits are a *big* deal.  Some of you know that I made a wine for little Mac in 2011 called "Lil' Man."  In honor of his birthday, I am releasing a limited quantity from my personal library.  Let's raise a glass!

Lil' Man is a one-time blend assembled from the finest Syrah in the cellar, followed by a touch of Grenache, Mourvèdre, and Viognier.  This blend was sourced from Les Galets Vineyard in Arroyo Grande, Shadow Canyon and Luna Matta Vineyards in Paso Robles, and Kimsey Vineyard in Ballard Canyon.  It spent over two years in French Oak, 80% of which was new, and was fermented with 40% whole clusters included.

From Robert Parker's Wine Advocate:  "Possessing an almost Hermitage-like minerality in its deep black fruits, liquid rock, black pepper, and smoke-like aromas and flavors, this beauty has full-bodied richness, terrific purity, and serious length. It will be better in another year, and shine for at least a decade."

The components of Syrah, Grenache, and Mourvedre were fermented in small open-top bins with 40% whole clusters included. The wine spent 20-25 days on the skins with a combination of 228 and 265-liter barriques and 500-liter puncheons. 26 months in French Oak, 80% new.